How To Shift Divisive Energy 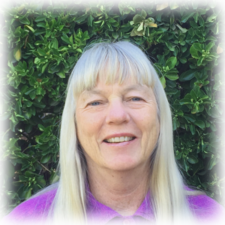 How To Shift Divisive Energy

To shift divisive energy it helps to understand what is really going on. Spiritual and political cycles happen approximately every 50 years in America and the world. The pendulum swings politically and one group attempts to take control based on their beliefs. We have seen this recently when a President of The United States served from his limited perspective. No consideration was given to those who were not in agreement with him.

The United States Supreme Court began making decisions based on belief that supported a small minority of extremely wealthy individuals, rather than making decisions based on law and considering what was for the greater good of the majority of people in this country. As a result, women lost a fundamental right to make decisions about their bodies, and polluting our planet was made easier.

The country became divided in response to gun violence. Recently, children were shot in their school and it wasn’t the first tiem this happened. It has been going on for years. People at a grocery store were randomly shot. A Fourth of July parade became the site of a mass shooting. Yet, there is no progress on making assault weapons unavailable to the general public. Owning guns has become more important than saving lives.

I am stating facts about divisive energy. Complaining is not going to change the way things are. So what can you do to shift the divisive energies? First, recognize we are presently in the end of a cycle and a new one is coming. Politically and spiritually the energies are shifting into a pattern of change. It happened in the 1960s. It is happening now. People are waking up from a period of contentment and moving into a period of dissatisfaction with the existing social and political systems. Young people will start taking action, running for political office, voting in mass, doing their part to create positive change. Those of us, who are older and chose to incarnate on Planet Earth during two 50 year cycles, will support this change and some of us will come out once more to help usher in a new cycle.

Spiritually the time has come to shift divisive energy. Create new positive and loving energies that will expand and grow. The more people do this, the more the energies of love, hope and peace will continue increasing. Send Love universally across all time and dimensions to all who are suffering and to who are trying so hard to hang onto control. May this 50 year cycle become the one that brings equality, respect and peace for all.